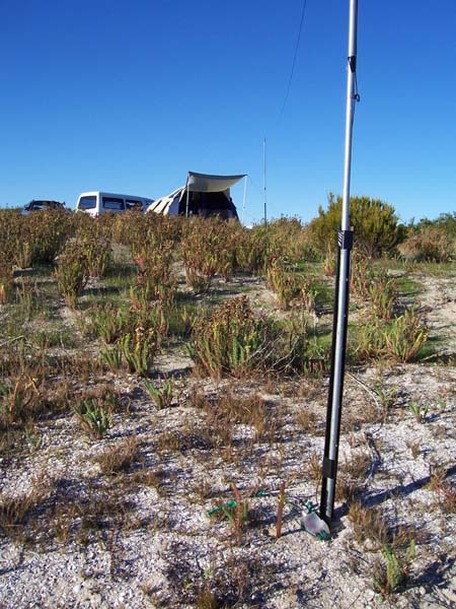 Australian DXpedition location at Parnka Point in South Australia. Zero noise Floor
Mediumwave Dxing is my main passion. Over the years I have come to the conclusion that unless you are extremely lucky and have a quiet QTH near the beach, or have a rural location where you put out decent antennas, then you are severely restricted in your ability to hear good dx. Sadly I live in a suburban area of the Hague in Holland and I need several Dxpeditions per year to attempt any reasonable dx. I think it is unrealistic to think that living in mainland Europe that I will ever dx like I did in the past from Australia. Noise levels worldwide have risen and we are battling more and more obstacles each year to maintain our passion.

I am now living in the Perseus age and it has pro's and cons. These days I can record whole spectrum's like MW but I am restricted by where I can go. In the old days my Icom R75 or Drake SPR4 would allow me to drive in a car somewhere and listen. However with a laptop it is starting to become an issue with HDD space, battery consumption. The Perseus has an odd 5 volt supply and even though there are work around's, it becomes a lot more difficult to dx from a car with the Perseus. Oh and did I mention that it gets cold in Europe during winter? I used to have a rug and therms of coffee in Australia. Here in Holland they would likely find a stiff body the following morning.

Walsoorden (Zeeland - Holland) and Kasterlee (Belgium) were very disappointing in 2012. You can plan weekends months in advance but you never know what the solar conditions are going to be like. This year at Walsoorden (October) there was a massive solar storm and the only things audible were from the south. Nothing to Nth America across the Trans Atlantic. The past two or three years the Asian signals have really dropped off as well. Kasterlee (November) was just as bad with signals so weak that most of us set the radio to record and went to bed. Going through the recordings has been painful and although there are the odd signals from Latin America, very little was to be heard. So what now? Well I have been concentrating on doing a few reports to European stations I do not have. I can only hope that 2013 brings us far better conditions.

Have a Merry Christmas everyone. 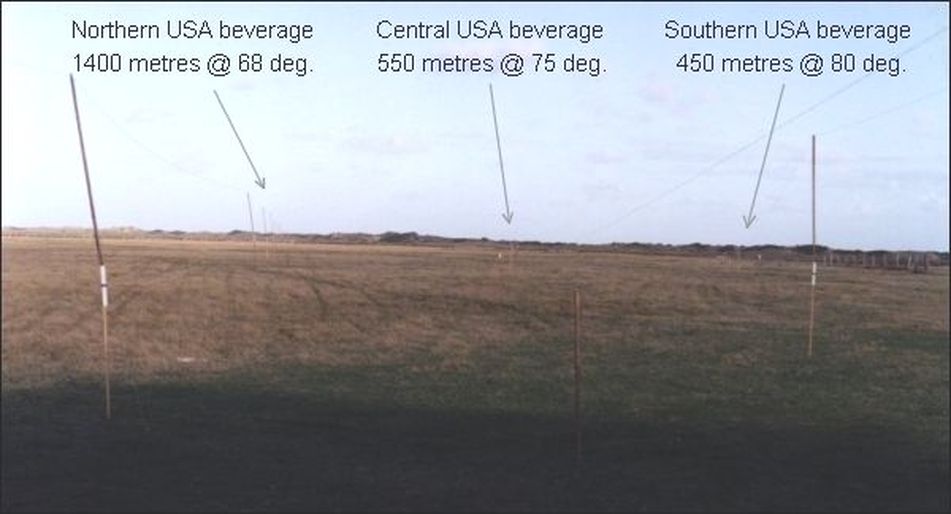 Such a luxury to have long beverage antennas such as here at Woodside Beach in Victoria, Australia. Zero noise floor and everything 12 volts 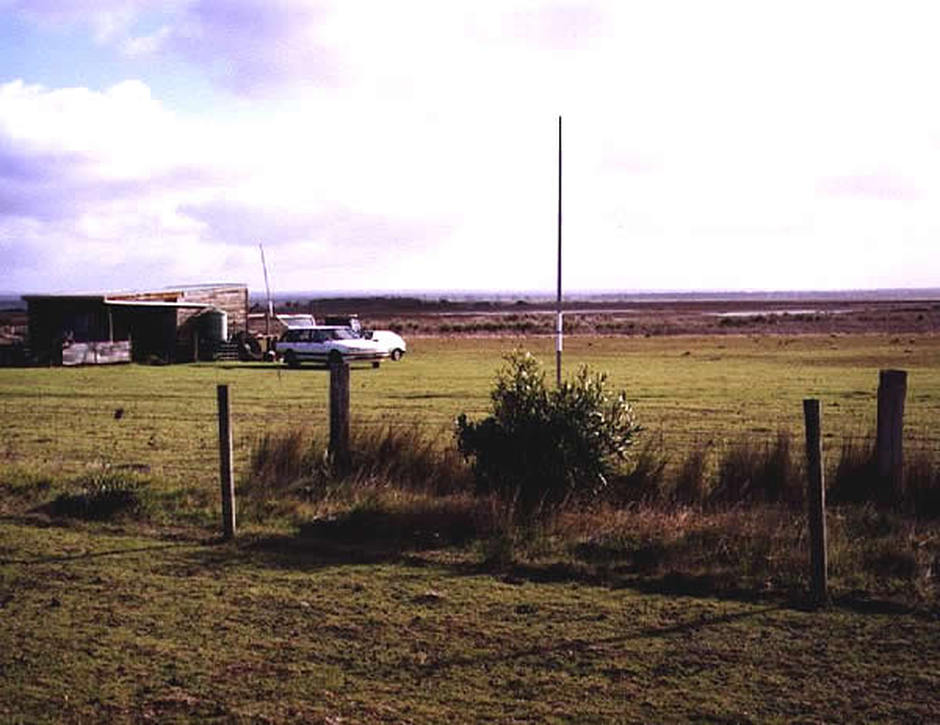 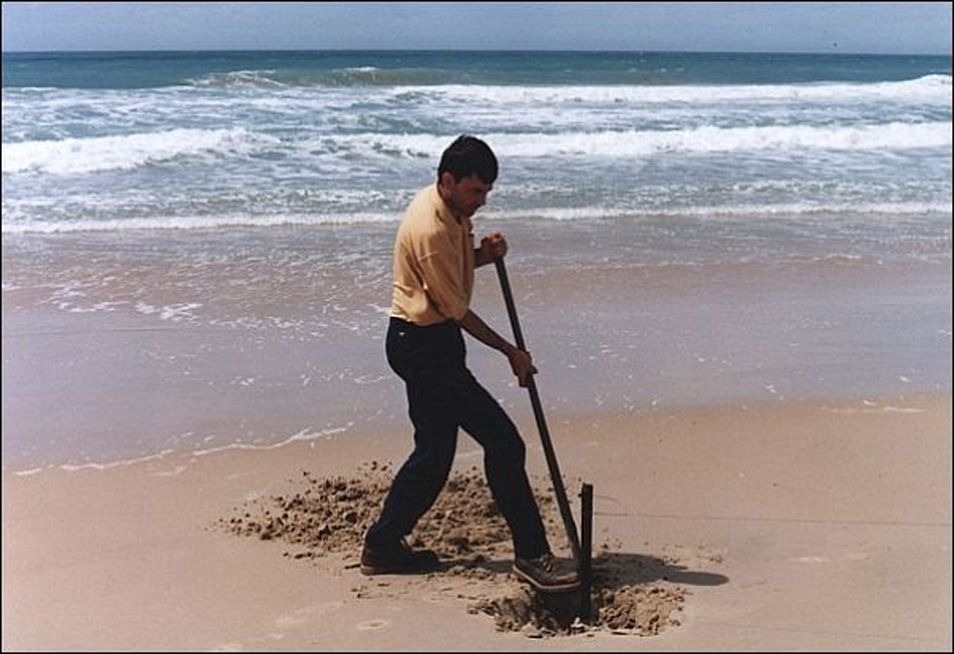 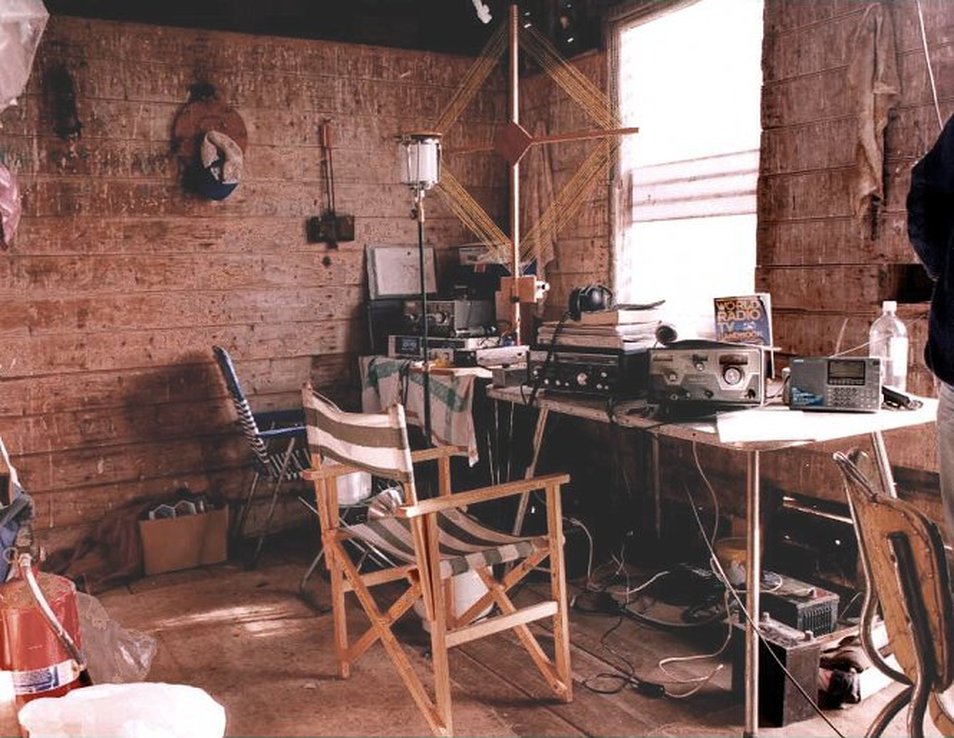 We were very brave to dx here at Woodside Beach. Check out the bird crap but it kept us out of the elements. Later we painted and renovated the shack 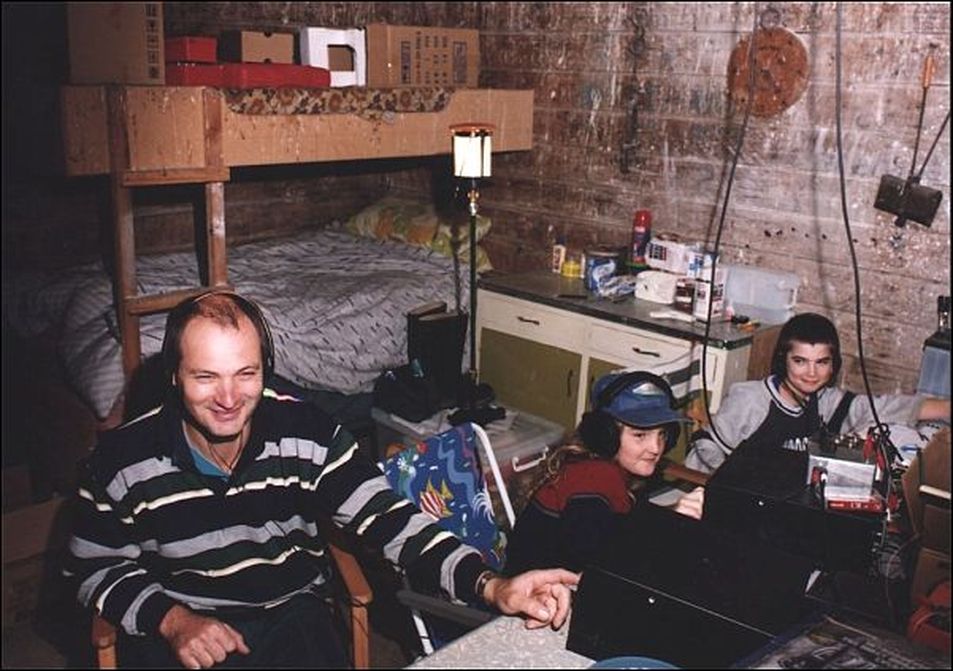 Terry Bell with his kids Steven and Amanda listening at the Woodside Beach Dxpedition site in the late 90's. It was rough. 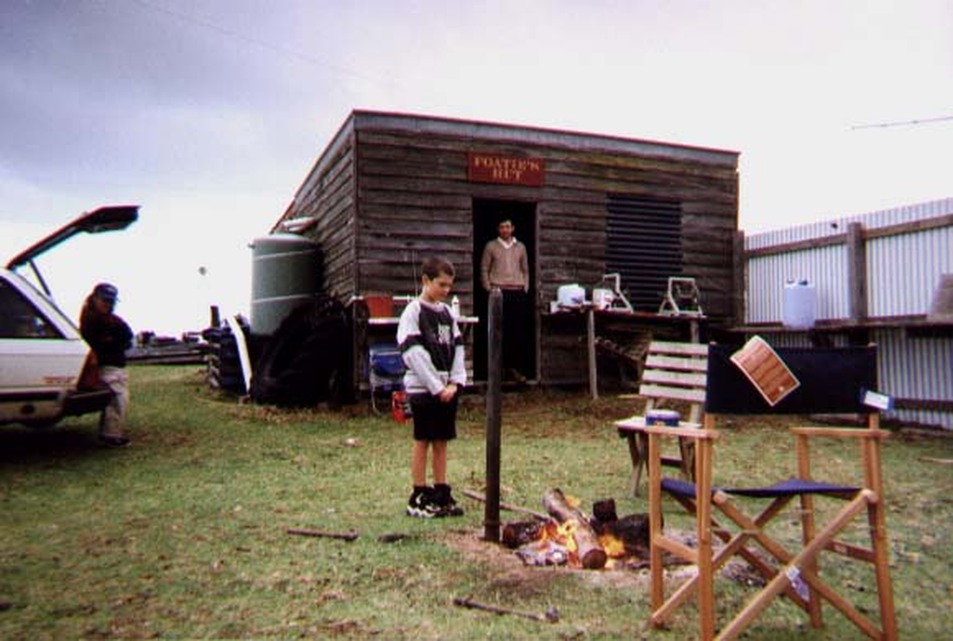 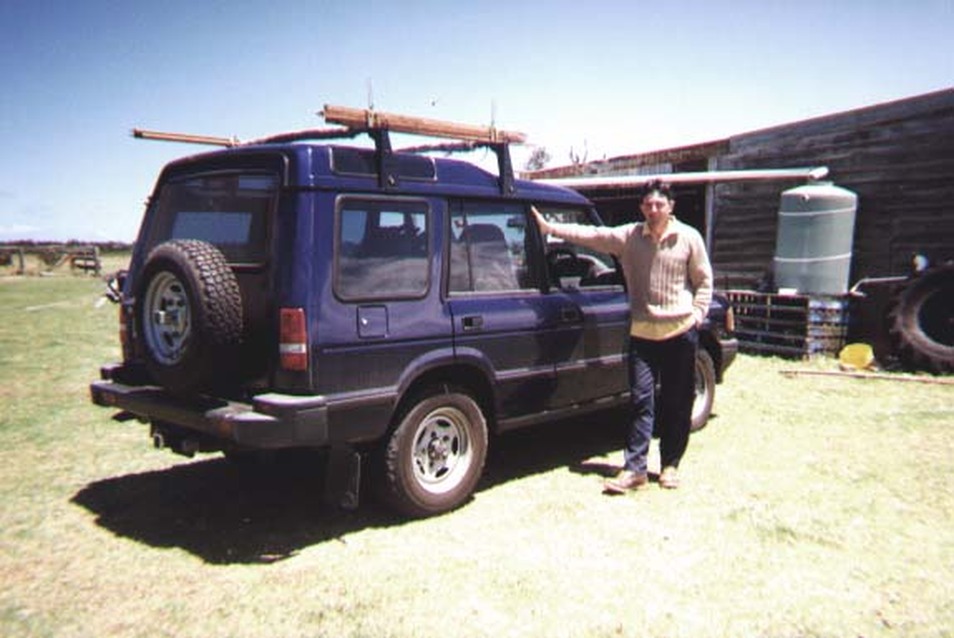 Getting ready to put the beverages out - David Headland with the poles on top. Woodside Beach, Victoria, Australia in the late 90's 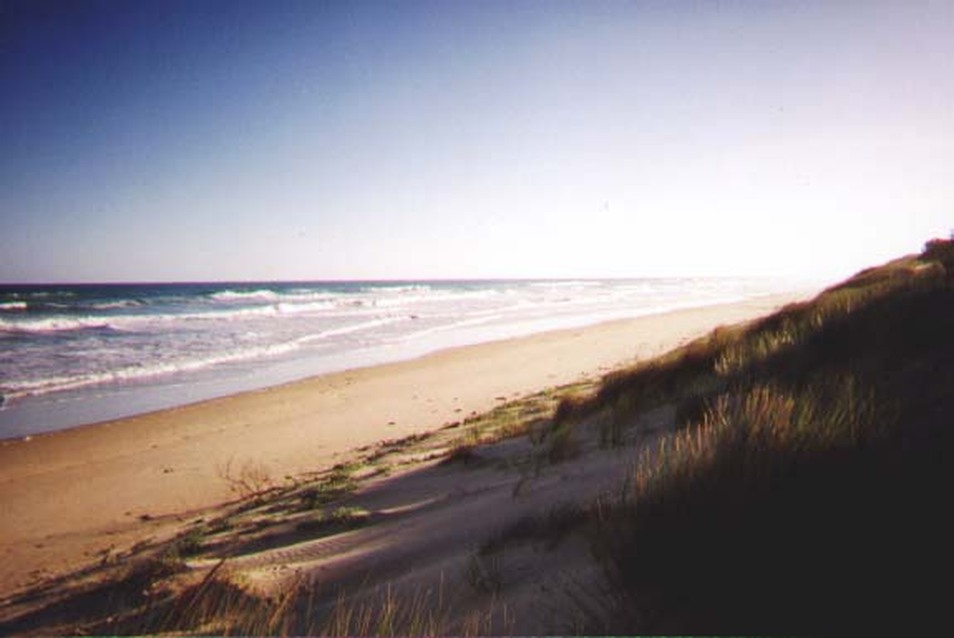 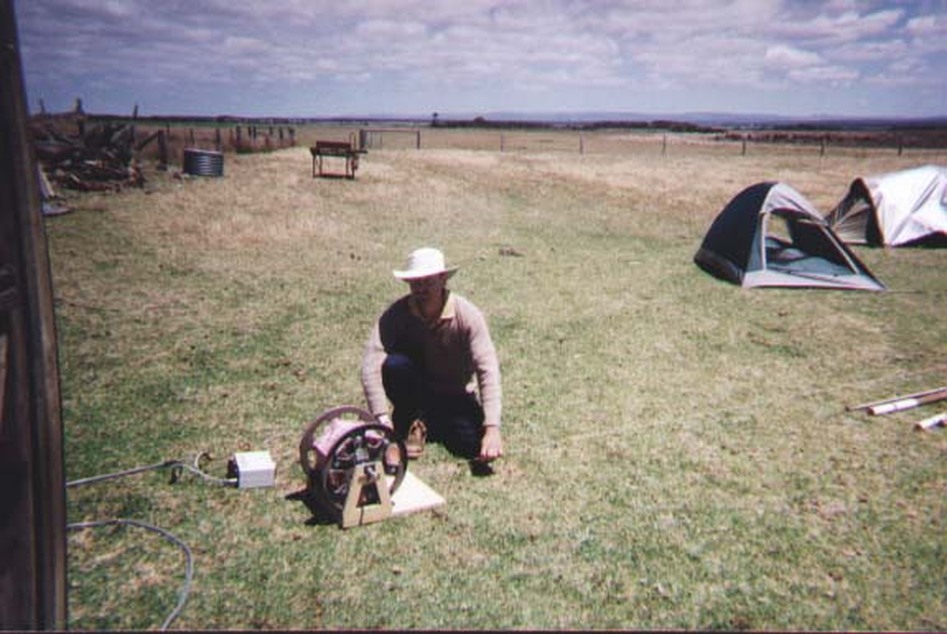 Dave Headland with his Inventor of the Year project. A beverage antenna winder powered by a solar panel and a 12 v windscreen wiper motor 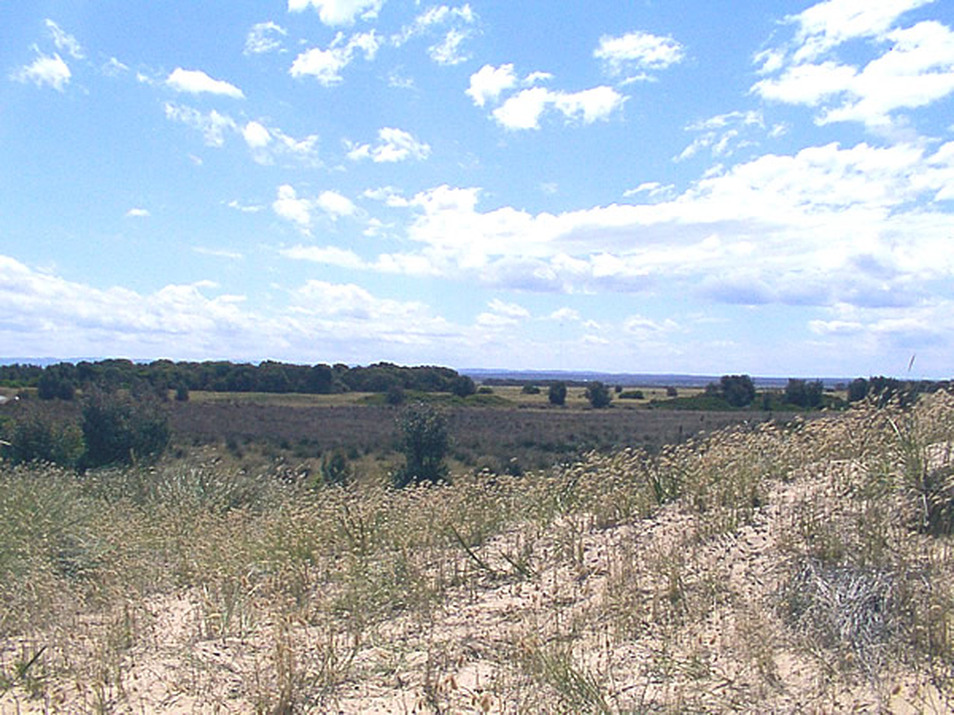 A fine place for beverages and snakes - Woodside Beach. Look hard and you can see the Woodside VLF Omega tower